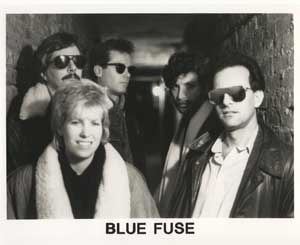 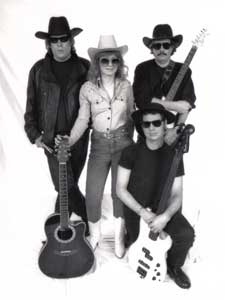 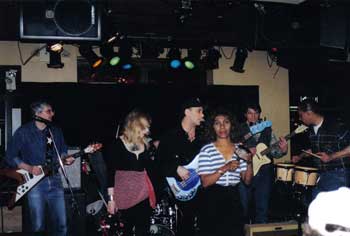 Good Neighbors was my college band. We enjoyed playing songs by the Grateful Dead, Jackson Browne, The Eagles, Poco, Beatles, and others. Our primary venues were fraternity parties around Brown University, Steak and Brew restaraunts, and private parties. We also had the honor of being the opening band for NRBQ on a number of occasions. This picture was taken at a Brown Spring Weekend concert where we opened for NRBQ. From left: Dan O'Connell (flute, sax, bass), Bobby Perfect (bass, gtr, vocals), Marty Sullivan (drums, vocals), Bill Brink (lead gtr, vocals), John Egelhofer (vocals, gtr, piano).

Greenwich Village, 1990, in an alley outside our practice studio.
The Night Owls were an ever-evolving association of players corraled by bandleader Pete Schaefer. I usually played lead guitar, but sometimes played bass guitar. Our primary venues were Manhattan and Queens bars. The Night Owls were a fun jam band no matter who was on the gig. From left to right: me on the Flying V, Leigh Harrison (vocals, percussion), Cricket Cohen (bass), Juanita Kelly (vocals, percussion), Pete Schaefer (guitar, vocals), Tito (congas). Hidden behind Leigh Harrison is Lee Tucker (drums).

This picture (circa 1998) was taken at The Red Lion in Greenwich Village, NYC.
The Bokum Road Band was my good time jam band for about a decade. We played clubs and private parties around the Connecticut shoreline area. Bokum Road would play styles ranging from 60s rock 'n' roll to country rock to zydeco.

Sadly, not to play anymore due the passing of Dave O'Donnell, the driving force of the band.

This picture was taken at a benefit for breast cancer held in Connecticut on August 23, 2014 (me on bass!)
Lonesome Valley Riders
Bokum Road Band
Good Neighbors
Jukebox Jamboree
Blue Fuse
The Night Owls
* * *
Home Of The Blues
Come On Into My Kitchen
Born On The Bayou
Hand Jive
Keep On Truckin', Mama
Your Funeral, My Trial
Same Thing
Abilene
Act Naturally
Casey Jones
No Good To Cry
The Lonesome Valley Riders was a 3-piece (sometimes 4-piece) musical group that grew out of basement jam sessions. We played blues, rock 'n' roll, and country style tunes.

LVR was me (left) on guitar and vocals, Dave Hull (middle) on drums, and Carl Garbe (right) on bass and vocals. 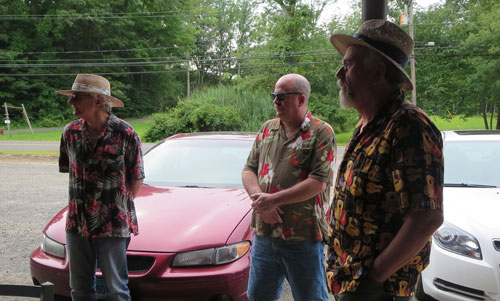 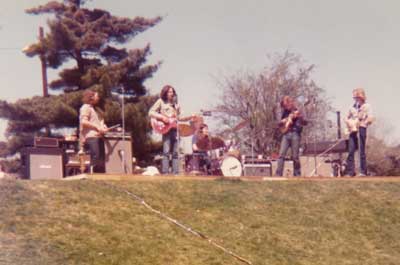 Smoky O is a classic country band featuring many Johnny Cash favorites. I met the band when we shared a billing at Desmond's Tavern in Manhattan in the fall of 2018. They did not have a lead guitarist at that time so I volunteered myself as a country picker. They called me to play a gig soon after. I have enjoyed playing with them since then.
From left: Mary, Steve, Danny, Matt, Bobby
Smoky O Band 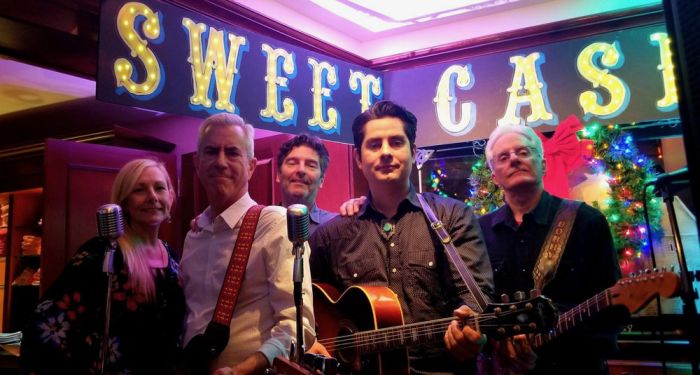 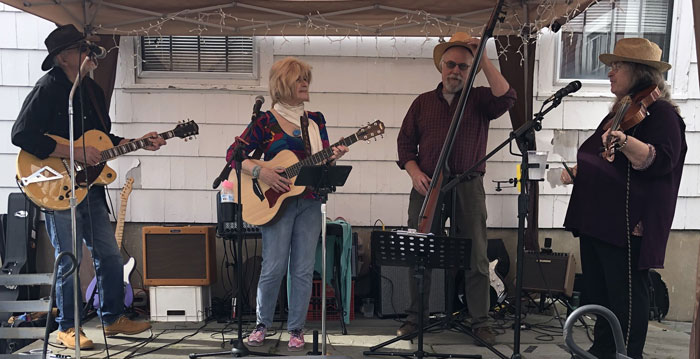 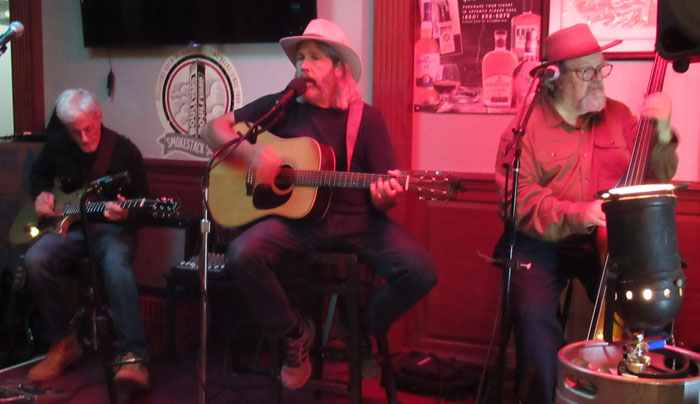